What is the new trend ? DVB-I

As the amount of video consumed on the internet continues to grow, technologies that unify over-the-air broadcast with internet delivery. Doing this should allow a seamless mix meaning viewers can choose a service without knowing how it’s arriving at their TV, mobile device or laptop. This is the principle behind DVB-I .
Famous for the widespread technologies of DVB-T, -S and -C which underpin much of the world’s broadcasting, DVB have recently developed a broadcast-focused version of MPEG DASH called DVB-DASH on which DVB-I is built. Where there -T in DVB-T is for terrestrial broadcast and the -S in DVB-S for satellite broadcast, the -I in DVB-I stands for internet. Built upon the DVB-DASH standard DVB-I delivers services over the Internet to devices with broadband access whether that’s raw internet or over operator-managed networks. Most importantly, this isn’t just about TVs, but any device.
DVB-I aims to offer a way unify over-the-air broadcast with internet delivery. The apps used to deliver services to smartphones, tablets and desktops tend to create segregation as each provider delivers their own app. However, there is a benefit to removing the need for each broadcaster needing to maintain their app on all the many platforms. By unifying delivery, DVB-I also makes life easier for manufacturers who can deliver a single, consistent experience. Finally, it opens up a market for more general apps which deliver a TV experience without being tied to one broadcaster opening up more business models and a route to independent innovation.
‘Service Lists’ are the fundamental currency of DVB-I. Service discovery is therefore a critical aspect of DVB-I which was first defined in 2019 and updated in 2020. Service discovery is a technical, commercial and legal problem all of which are addressed in the DVB-I Service Discovery and Programmed Metadata standard which provides ways in which clients can access Service Lists and Service List Registries.
Another important aspect of delivery is targetted advertising since advertising underpins the business model of many broadcasters. DVB-TA defines targetted advertising for linear TV and is now being updated to include DVB-I. With DVB-TA, adverts are delivered to the receiver/device over IP based on various criteria and then triggered at the appropriate time as specified by the A178-1 signalling spec.. 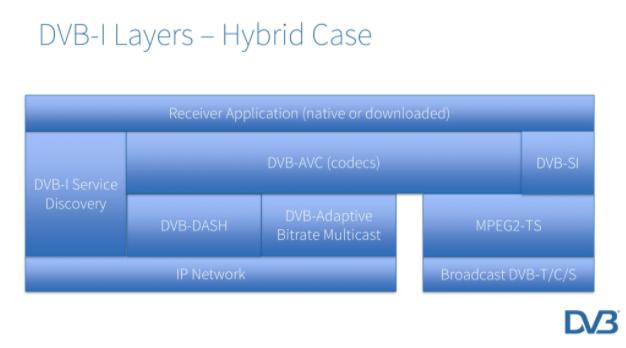